Expect more lies, bullying and pandering from a wounded Cuomo 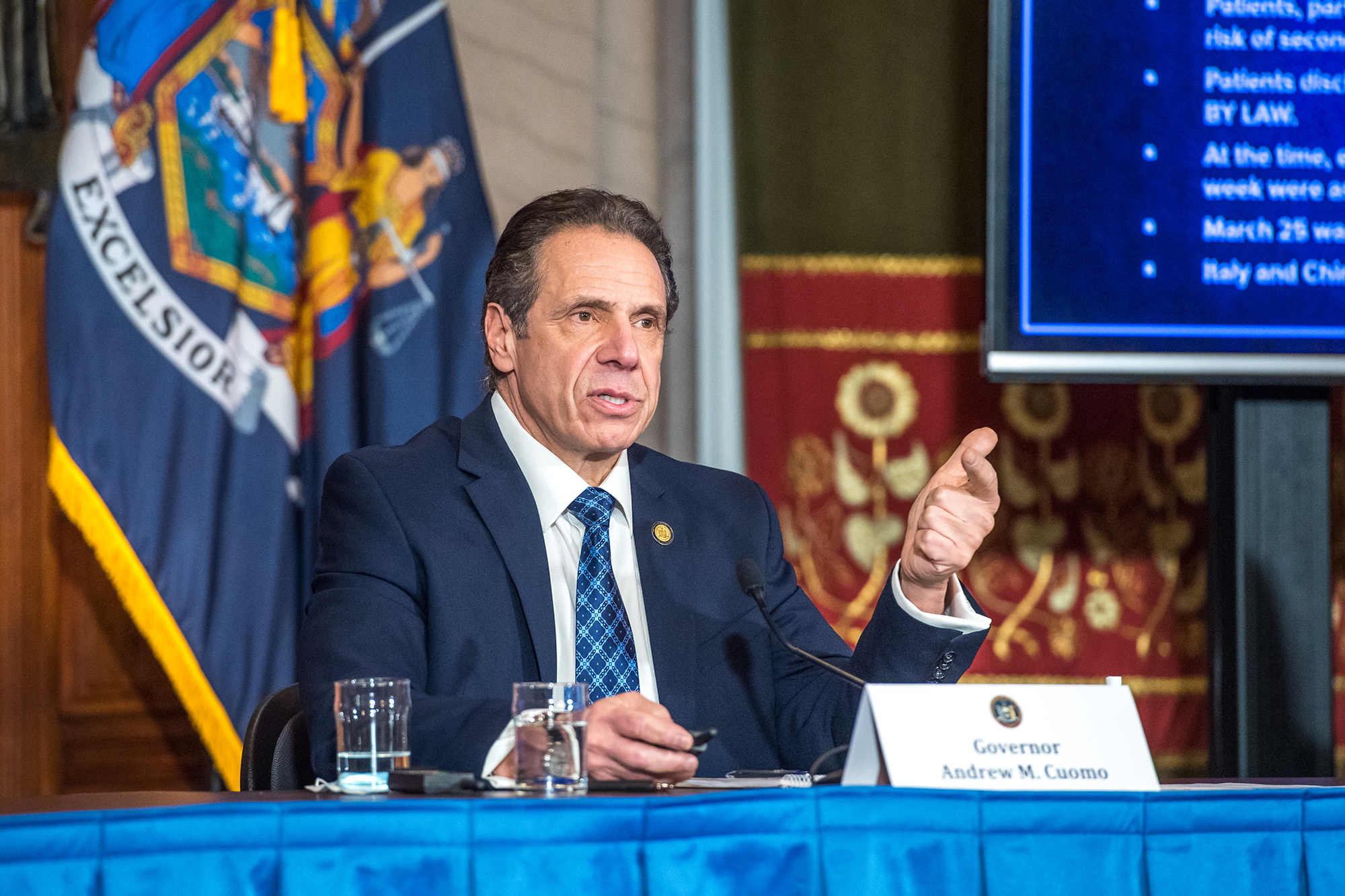 So people died, and Cuomo lied, and now you’re up to date on Andrewgate. What’s next?

Doubtless a lurch to the left, as the governor moves to protect his most vulnerable flank while preparing for an expected fourth-term re-election bid.

Also more lies. Many more. Nonsensical deflections and outrageous fabrications come reflexively to Cuomo, as he twists in a windstorm of his own making.

A less fearful, more self-confident governor — Mario Cuomo, perhaps, or certainly fellow Democrat Hugh L. Carey — would have admitted upfront that a fateful, though defensible, error had been made last March. That’s when the state Department of Health ordered nursing homes to accept COVID-infected patients to clear hospital beds for an anticipated wave of new patients.

That crisis never came, but that doesn’t make the policy evil or even unreasonable, just tragically mistaken. Cuomo should have owned it and moved on.

But this would have taken courage, in which the governor is deficient. Instead, he built a stone wall and defended it with ever-more-ludicrous lies — to the point where last week a key aide told legislators they had to be kept in the dark because former President Donald Trump was an old meanie, and the administration was scared of him. As if.

But having created this mess, how does Cuomo resolve it?

More lies are a possibility, although even his own party seems to have had enough of them. Democratic Attorney General Letitia James just blew a whistle on the nursing-home coverup — and there’s talk in the veto-proof Legislature of rescinding Cuomo’s pandemic emergency powers as a rebuke.

Cuomo could man up, ditch a couple of toady staffers — Health Commissioner Howard Zucker would be a candidate — and proceed from there. Confession, they say, is soul-cleansing. (Anyway, the respected Siena College poll reported Tuesday that more than 60 percent of New York voters approve of Cuomo’s pandemic performance, never mind the nursing-home coverup. How ironic if the dissembling hadn’t been necessary in the first place.)

But this isn’t a straight-arrow governor. He prefers political bribery and bullying to candor and conciliation; his lodestar is expedience, and he is a master at reading a political chessboard. So expect a purely political, wholly self-serving response.

Cuomo has been treated rudely by the party’s left almost from the beginning. Gadfly Zephyr Teachout primaried him in 2014, earning a respectable 33 percent of the vote, and actress Cynthia Nixon did the same in 2018, polling 35 percent.

The governor’s answer to lefty ankle-biting always has been to truckle: He reversed a pledge and embraced a millionaire’s tax almost immediately upon taking office; he strongly backed an economically corrosive hike in the state’s minimum wage; he supported the infamous criminal-justice “reforms” that are now wreaking havoc from Niagara Falls to Nassau; last month, he signed legislation legalizing street-walking for the purpose of prostitution; last week, he was talking up a top tax hike that would boost New York’s headline rate to 14.5 percent, the nation’s highest; on Monday, he was touting a new law permitting commercial “gestational surrogacy” — womb-renting; and Tuesday, he announced a $100 million social-services slush fund to be capitalized from the legal sale of recreational marijuana.

All these are touchstone issues for the left, but they add up to small beer compared with the pandering possibilities embedded in the multibillion-dollar cash bath New York can expect from the COVID relief bill now working its way through Congress.

What form that aid will take is unclear, but there’s going to be a lot of it, and one can be certain that irrespective of the devastation the virus has visited on New York’s private-economy workforce, its politically cosseted public-sector unions will escape unbruised.

Here’s a bold prediction: Never mind that New York City’s fiscally collapsing, rider-starved subways will spend years getting over the pandemic, the system itself won’t see a single work rule change not approved by Transport Workers Union Local 100. That is to say, there will be none. Cuomo, hogtied by his nursing-home debacle, will see to that.

And this speaks to the structural, as opposed to the human, tragedy generated by Cuomo’s decisions: A different governor might have used the dislocations caused by the pandemic to streamline government in New York, to make it more affordable and more responsive to post-pandemic realities.

But Cuomo is the governor New York has. He is an unprincipled actor to whom truth matters only when convenient, who has dug a political hole with his mouth — and who, rather than admit it, is using the power of his office to avoid a reckoning.

New York, in the event, is on its own.

Rockaways’ only hospital could turn into 15-bed ‘micro-hospital’

Reward increased for info on suspect in Yale student slaying