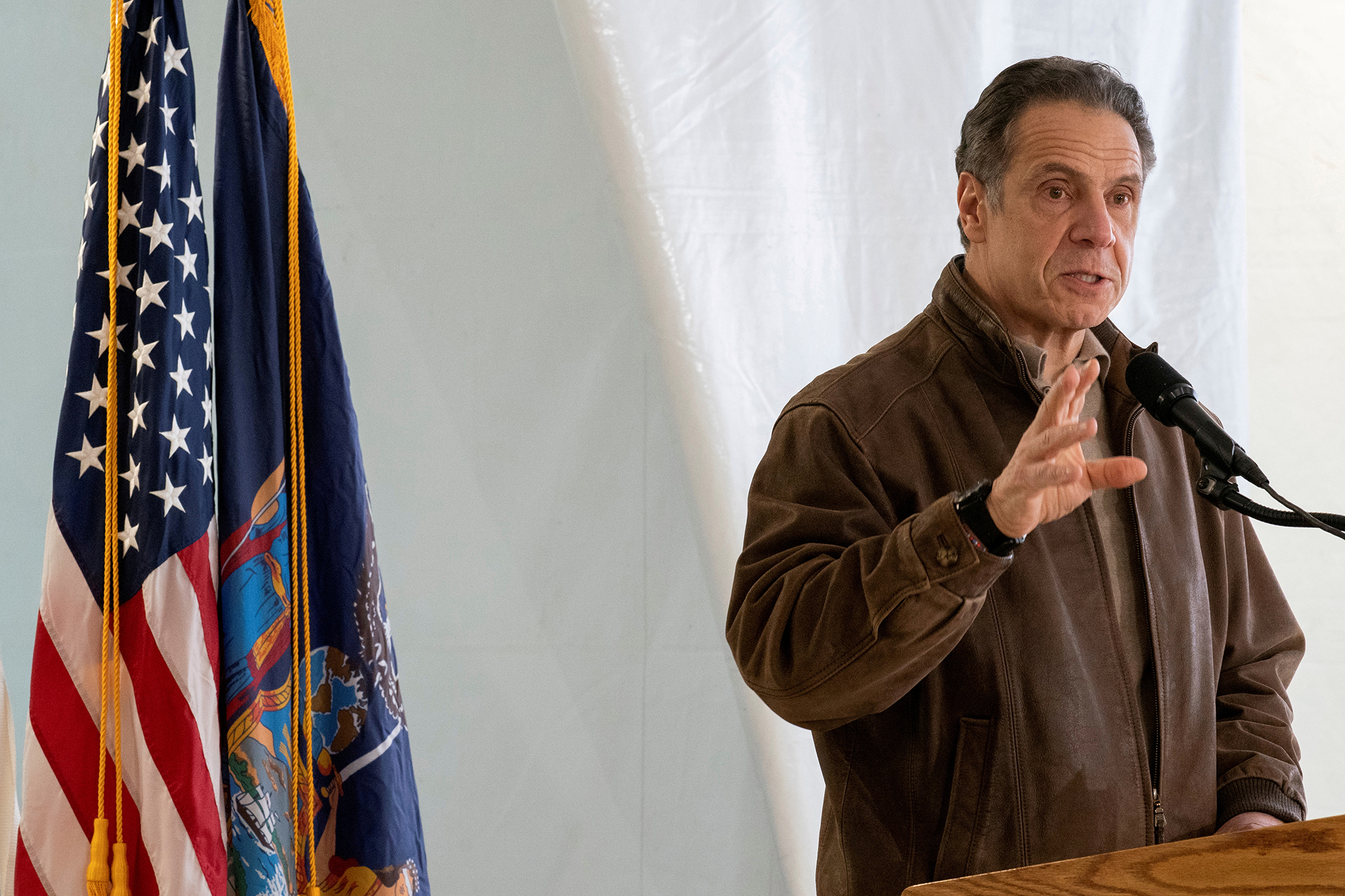 Start with this, governor: Apologize.

Say sorry to the thousands of New York families that lost a loved one in a nursing home in the wake of your deadly March 25 order that forced homes to accept contagious COVID patients.

Say sorry to the 20 million people of New York state, whom you’ve been deceiving for nearly a year about the nursing-home horrors.

Say sorry to all those you’ve blamed to distract from your own guilt, from the staffers at the homes to all the federal officials you’ve claimed are actually responsible for that order and/or your coverup.

Apologize, and quit trying to duck responsibility by promoting a pack of lies.

That’s what the governor was doing again Monday, in his first press conference since The Post broke the news that his top aide, Melissa DeRosa, admitted to Democratic legislators that the gov and his people intentionally covered up the truth for months.

Gov. Cuomo is sticking to his “Blame Trump” cover story, pretending that the coverup was motivated by fear that the then-president would somehow use the truth in a politicized federal investigation.

Then again, he’s spent months trying to blame the Trumpies for the original, deadly March order to nursing homes to accept COVID-contagious patients that hospitals wanted to dump on them, without question. Never mind that other states didn’t read the federal directive as requiring anything like that.

Monday, he even added a perverse twist: State lawmakers should have known the coverup was all about Trump, because The Post reported in August that a federal probe had begun.

Set aside the fact that then-Attorney General Bill Barr’s Justice Department was not taking improper orders from the White House (Barr is a complete straight-shooter, though many Democrats convinced themselves otherwise). The bigger problem is that the coverup started months before that.

Indeed, it seems to have started as soon as The Post’s Bernadette Hogan first revealed the existence of the deadly March 25 order by asking about it at a press conference weeks later. At that April 20 presser, the gov pretended he’d never heard of the order before. (And never mind that he is tight as a bug with the state hospital lobby, which plainly requested the order if only to clear beds for more urgent COVID cases. Nor that Cuomo is a notorious micromanager unlikely to let such a deadly mandate be issued without his personal signoff.)

It’s at about this point that the state Department of Health suddenly started reporting “nursing home COVID deaths” in a way unique to New York — leaving out residents who died only after transfer to a hospital. This, even as the DOH continued to record the full truth but refused to share it.

Indeed, the Cuomoites stonewalled Freedom of Information Law requests from the Empire Center and the Associated Press for most of the next year — again, starting long before the feds showed any interest.

The state only finally started releasing that info after 1) Attorney General Tish James’ report outlined the basic fact that the nursing-home death toll was 50 percent higher than Cuomo or Health Commissioner Howard Zucker had been admitting, and 2) a judge outright ordered the DOH to comply with the Empire Center FOIL request.

Oh, and none of this explains why Zucker didn’t effectively rescind the deadly order until May — long after it had become clear that hospitals didn’t need to dump infectious patients on nursing homes unprepared for the challenge, because the hospitals weren’t actually running out of bed space.

“Blame Trump” is far from the only lie the governor persists in pitching. On Monday he returned to blaming nursing-home staff for willfully accepting the infectious patients in the first place — something the James report said there was no evidence of.

More: If the coverup were really just about Trump, why did Cuomo and Zucker spend months claiming New York’s nursing-home COVID death rate was below the national average, when they knew the real figures showed it wasn’t? Even if Trump were after them, that didn’t require them to actively deceive the public.

Many regular New Yorkers lost loved ones because of the March 25 order, and they won’t stay silent. Many legislators (some of whom also lost family) are also furious at the Team Cuomo stonewalling and lies.

Will that be enough to get the Legislature’s Democratic leadership to stop protecting Cuomo and allow serious hearings into this horror? At minimum, they should agree with Assembly Minority Leader Will Barclay’s call for a special session to rescind the pandemic emergency powers that the governor has so abused.

And will President Biden’s Justice Department do the right thing and open a major independent investigation? The need for some special counsel to oversee it now seems obvious, since DeRosa has family ties to the top Justice official, while Cuomo was a close Biden ally through the 2020 campaign.

It’s up to the governor’s fellow Democrats to hold him to account. If they don’t, they’re part of the coverup too.