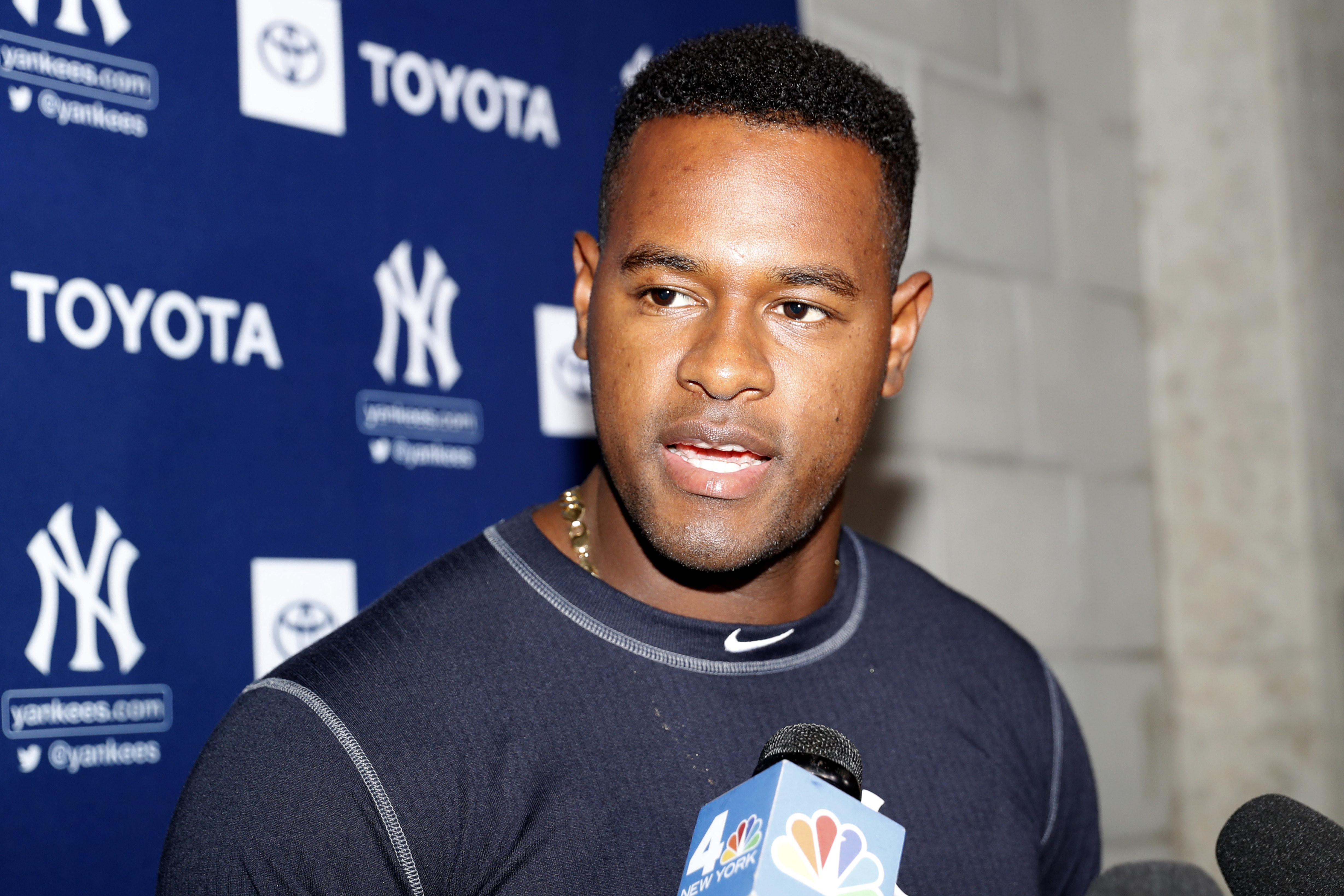 TAMPA — Luis Severino’s rehab from Tommy John surgery is going as planned, according to Yankees manager Aaron Boone, who said the right-hander is throwing at 120 feet and should be pitching off a mound in the “next couple of weeks.”

The Yankees hope to have Severino, who underwent the elbow procedure last February, back by midseason.

Boone added that he played catch with Severino recently at Steinbrenner Field and he’s “doing well.”

In other rehab news, since Gio Urshela is coming off elbow surgery, he’s allowed to continue his rehab process at the minor league complex and the third baseman was able to make some strong throws across the infield, further evidence he should be healthy enough to begin the season on time.

“He’s getting real close,’’ Boone said. “Whether we start him in early games this spring remains to be seen.”

Gerrit Cole and Zack Britton are both heavily involved with the MLBPA and expressed concern about the lack of competitiveness among certain teams in the sport, an issue that will be addressed in the next collective bargaining agreement. The current CBA is set to expire in December.

Cole said one of the issues is veteran players “continuously getting pushed out because the… value of young players is too high” and he worries “we’re losing generational fans.”

Britton expressed optimism the two sides would come to an agreement before next season, but said players “want to see more teams creating good teams and not concerned with draft picks.”

Pitchers threw bullpen sessions in what the Yankees are calling the “gas station,” a building at their minor league complex that features an array of high-tech equipment.

“If you’re looking for feedback on certain things [like] delivery or pitch movement, then there’s no better place than … the gas station,’’ said Britton, who has a similar, albeit smaller, setup at his home in Texas.

The Blue Jays announced Thursday they would open the regular season playing their home games at their spring training facility in Dunedin, Fla., due to travel restrictions between the United States and Canada because of COVID-19 protocols.

Luke Combs sorry for his past use of the Confederate flag

Luke Combs sorry for his past use of the Confederate flag

I Was Your Fave Is Problematic