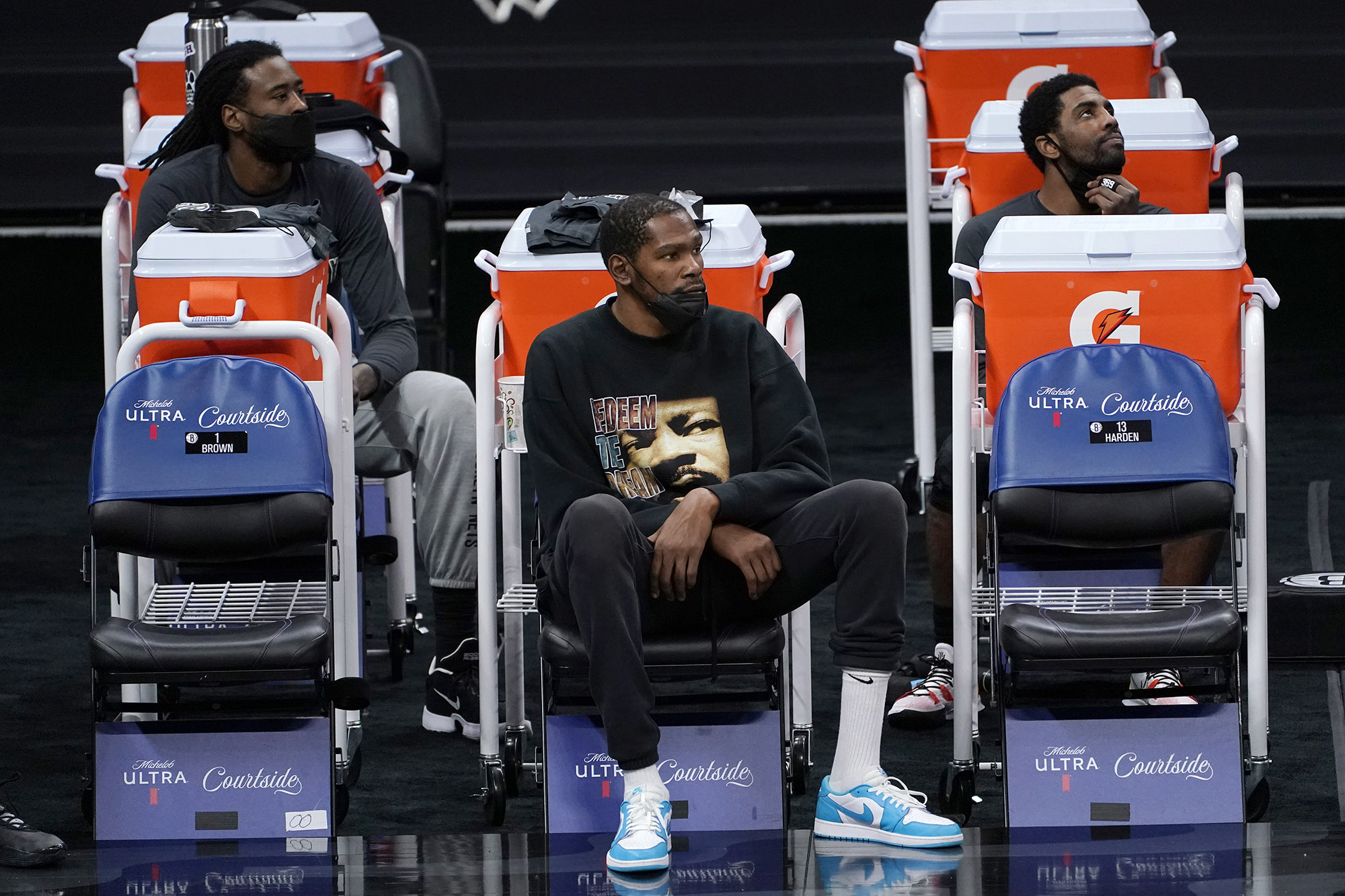 Kevin Durant sat out a fourth straight game with a strained hamstring Sunday night against the Clippers. The Nets still haven’t given a timetable for his return, although they continue to maintain the injury isn’t serious or long term.

“Kevin, I don’t have an update. He’s progressing every day and it’s really positive, but I couldn’t tell you when his return is,” coach Steve Nash said. “But I reiterate we’re all optimistic and positive that he’s improving at a rapid rate, and will be back soon.”

Durant hasn’t played since Feb. 13 when he led the Nets to a victory over the Warriors in his first return to Golden State. He’s missed eight of the last nine games, missing the four games prior to that win due to COVID-19 contact tracing.

Spencer Dinwiddie, Iman Shumpert and Tyler Johnson (left adductor tightness) were all out versus the Clippers. But Nic Claxton, who has been out with right knee tendinopathy, was available to make his season debut.

Still, Nash tried to temper any immediate expectations for the 21-year-old big.

“I don’t know what I expect this early. That’s a difficult thing. He’s played very little basketball in almost 20 months since he was drafted. The No. 1 thing is to protect his health,” Nash said. “He’s cleared to play [but] it’d take a unique circumstance for him to play [Sunday]. But it’s not out of the question.

“Big picture — and hopefully in the short term to some capacity — he’s a versatile big who’s pretty good with the ball, can dribble handoffs and pick-and-roll and catching in the half-roll, making plays or finishing around the rim. And hopefully his length and activity can be a factor defensively.

“But he’s still a developing player. He’s still a young guy who’s trying to, 1) get his body to a place where it can withstand the demands of the NBA. And then 2) as a young player, get up to speed with his maturation process and adapting to the NBA and how to read and react and play at this level. He’s lost a lot of time. But he’s still got a long and bright future.”

Claxton has logged just 187 minutes, and hasn’t played an NBA game since last Feb. 28. When the G-League bubble started this season, Claxton was still in the midst of his rehab, so the Nets opted to keep him around the performance team.

“Not just in that he wasn’t physically ready to go to the bubble, but for him to go down there and be away from our performance team at a critical time in his rehab, we thought he should’ve stayed with us,” Nash said.

The Clippers were at full strength, with only Daniel Otaru and Jay Scrubb missing.

Fake Amazon reviews are being sold in bulk online