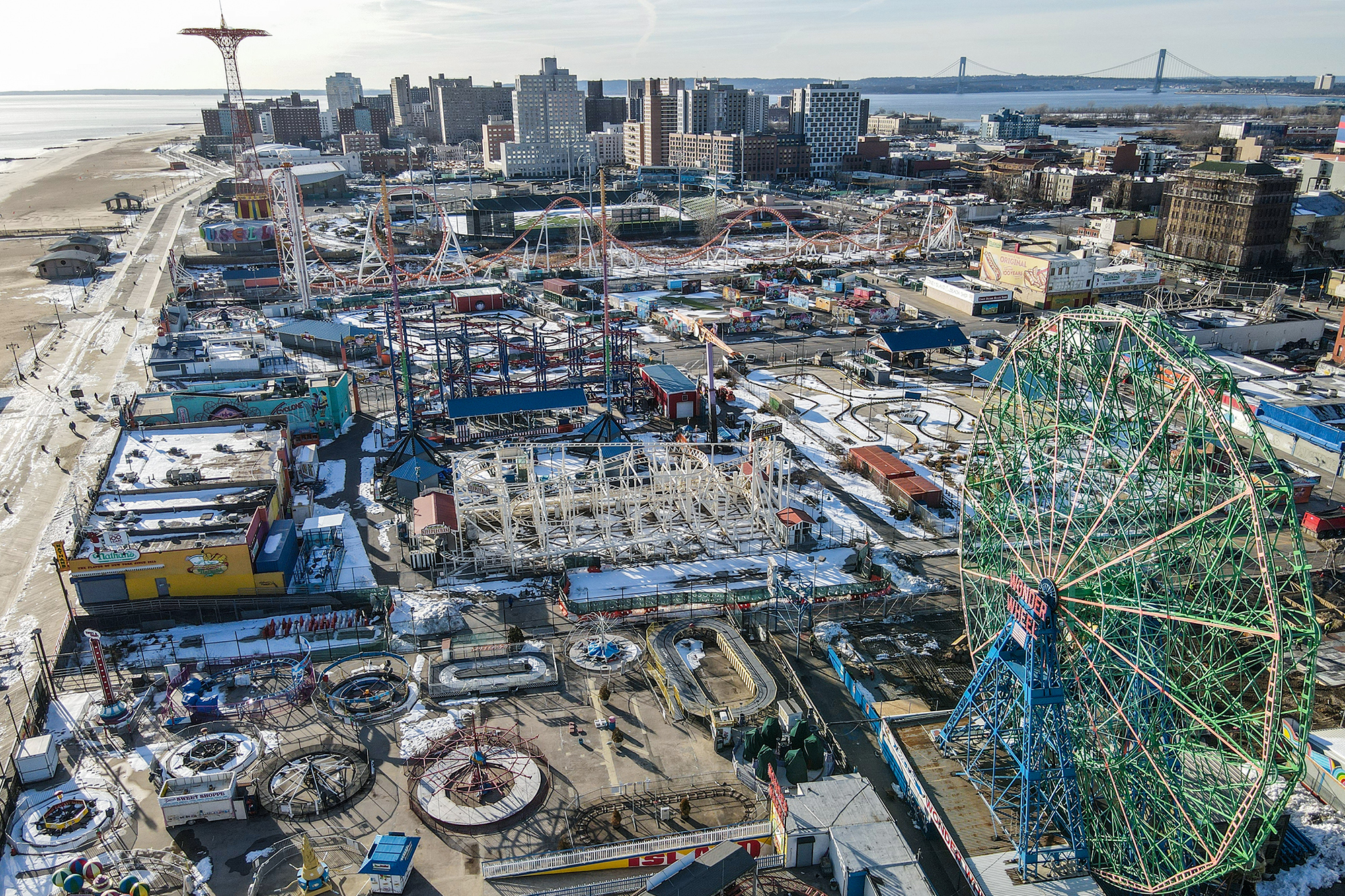 A woman was shot in the hip when she got caught in the crossfire as she walked in Coney Island on Sunday afternoon, cops said.

The 29-year-old was in the crosswalk at West 35th Street and Neptune Avenue around 1:30 p.m. when she heard a loud noise and felt pain in her leg, a police spokesman said.

She was taken to NYU Langone Hospital in stable condition.

Investigators believe the woman was caught in the crossfire when a man fired a weapon at a taxi driver during a dispute over money, police sources said. The shooter missed his target but struck the woman.

There were no immediate arrests, cops said.

The city has seen a significant spike in gun violence since the spring.

Brooklyn mom admits to dumping newborn baby in a dumpster

A City With Amazon at the Center