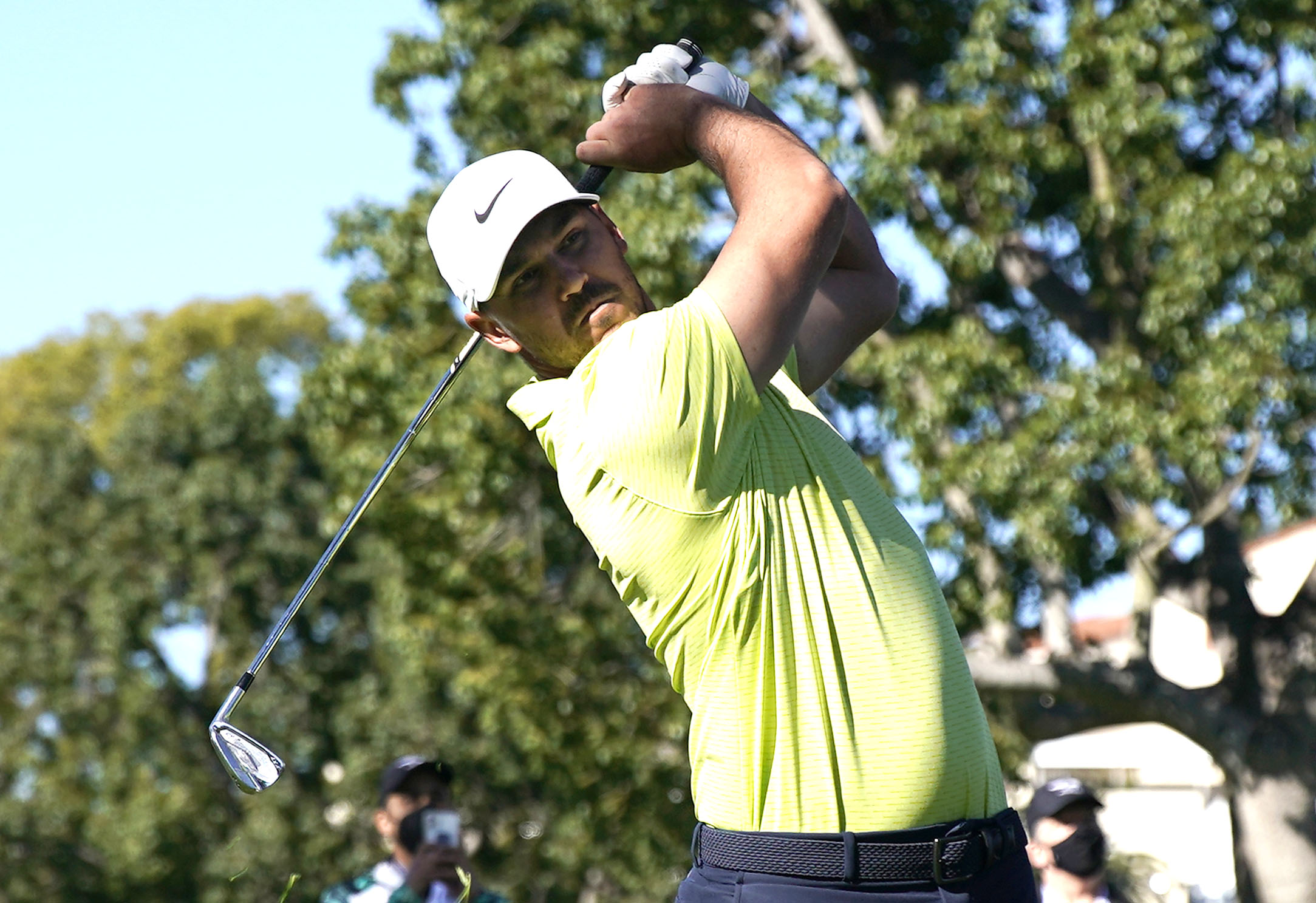 LOS ANGELES — Sometimes, even the best golfers in the world need a moment, a timeout if you will, after a run of bad play.

Brooks Koepka, who has eight PGA Tour wins, including four major championships in a span of less than three years, became so frustrated with his game recently that he broke every iron in his bag.

As in two different sets of irons.

The first time came after a missed cut at Mayakoba in December and the second after missing the cut at Torrey Pines last month.

That, of course, is what golf does to virtually everyone who plays it — even four-time major championship winners with more than $33 million in career earnings.

For the likes of Koepka, this also is a manifestation of raised expectations. Koepka, after all, won the U.S. Open in 2017 and 2018 and the PGA Championship in 2018 and 2019, and he was the unquestioned best player in the world for that span.

Then came a slump caused, at least in part, by a knee injury. Last season was a lost year for Koepka — who didn’t win, wasn’t able to play the U.S. Open and recorded just two top-10 finishes, which is well below his personal expectations.

“Yeah, I was frustrated,’’ Koepka said Wednesday in advance of Thursday’s opening round of the Genesis Invitational at Riviera Country Club. “I snapped two sets of irons after playing Mexico [Mayakoba] and then after Torrey [Farmers Insurance], and I don’t really do that. So, there was quite a bit of frustration.’’

Asked about the details on his club cracking, Koepka revealed he did it in his living room.

“I wouldn’t do it so everybody else could see,’’ he said. “I walked right in and [cracked] them over my knee.’’

Asked if there was any video of the event, Koepka said: “No, no, you’re not going to get video of that. I have pictures. I sent it to all my boys.’’

Koepka said it’s “not a common ritual’’ for him to break clubs, even in the privacy of his home.

“You see me on the golf course, I don’t really slam clubs, don’t get too upset,’’ he said.

Adam Scott, the defending champion this week, knows of Koepka’s angst, because he has lived it.

“Yeah, I’ve snapped some clubs,’’ Scott said Wednesday. “I haven’t snapped two sets of irons, but I have snapped some clubs. It is difficult because you expect a lot out of yourself and you know what you’re capable of, especially if you’ve had the results. That may not have been Brooks’ first down [moment], but certainly one of them for him. How could you not after the run he’d had for three or four years before that?’’

Francesco Molinari, whose world ranking has plummeted to 107th, said he never has broken a club in anger, but joked, “If it worked for Brooks, maybe I should give it a go.’’

“I completely understand the frustration,’’ said Molinari, the 2018 British Open winner and Ryder Cup hero. “We all put a lot of effort into it and when results don’t go your way, it’s not nice. It’s nice to see Brooks back to his winning ways in Phoenix.’’

Koepka conceded that, after his run of wins in majors, he was “expecting to win’’ and it played on his mind.

Koepka’s outlook is a lot better these days, thanks to his victory at the Waste Management Phoenix Open last month.

Koepka revealed that he was “so pissed off’’ at himself after missing the cut at Torrey Pines that he “didn’t even come out of my room on Saturday at the house we rented.’’

“I don’t think I came out of the room for about 30 hours or so, I was so mad at myself,’’ he said. “I didn’t want to talk to anybody. [I was] really agitated, really pissed off. Sometimes you need that. Sometimes you just need to not reset but really think about, ‘All right, hey, this is what I’ve got to do.’

Koepka, who finished tied for 43rd at the Genesis last year and missed the cut in 2017, called his game “pretty close’’ right now.

“I feel very confident,’’ he said. “I like where I’m at. My game feels exactly where it’s been in the past. It’s probably some of the best golf I’ve seen. I’m definitely confident coming off a win. That’s a big thing because I haven’t had that in a while, felt a little lost there for a bit.’’

Commentary across the spectrum is demanding schools reopen

Commentary across the spectrum is demanding schools reopen