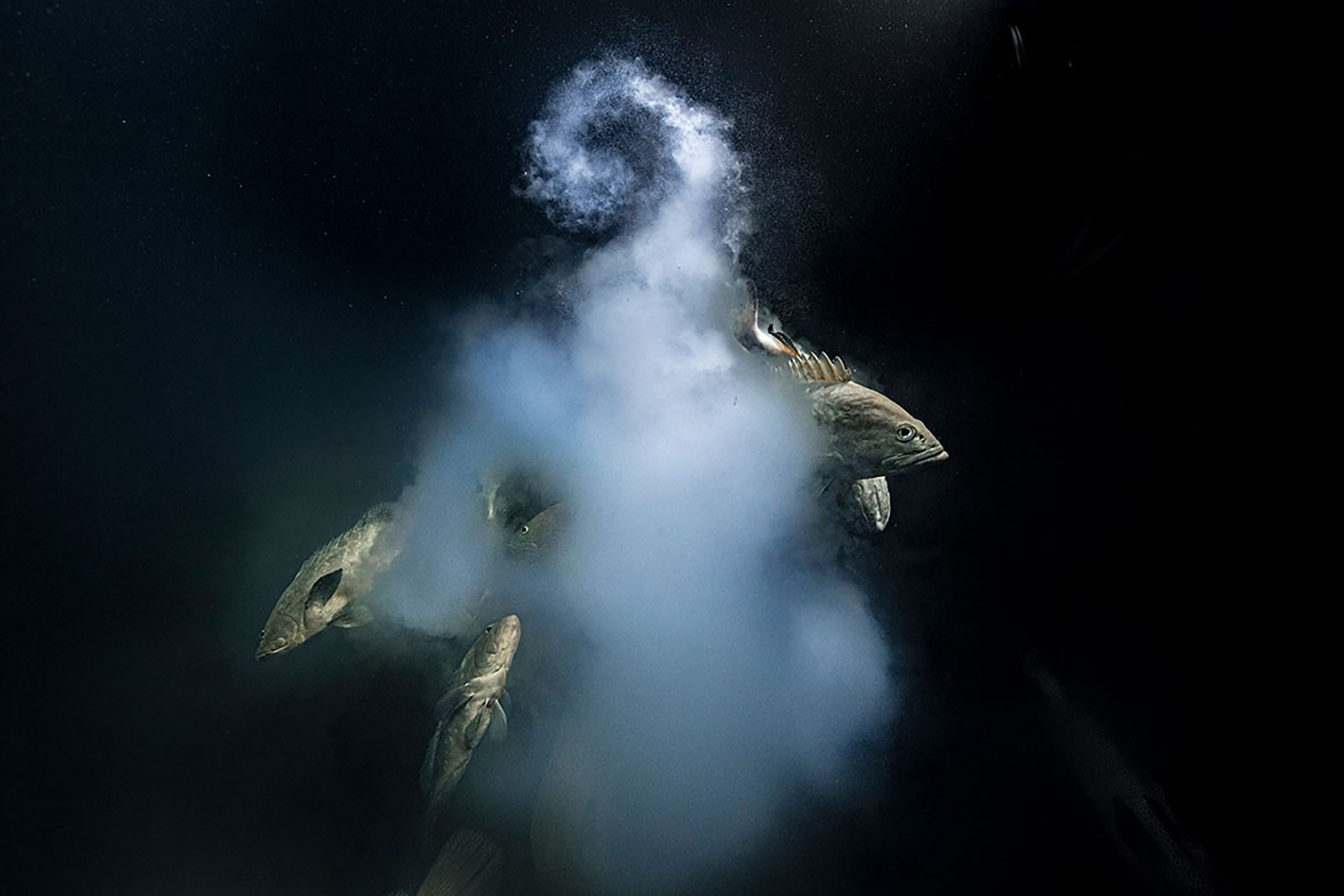 The climax of this year’s Wildlife Photographer of the Year awards saw an image of group-grouper sex take the top prize.

Captured by French photographer and biologist Laurent Ballesta at the Fakarava Atoll, of French Polynesia in the South Pacific, the winning photo depicts the frantic mating scene between camouflage grouper, in which several male fish crowd around one female in a cloud of sperm and eggs, in hopes some will find each other to nurture an embryo.

Jury chair for the Natural History Museum of London’s contest, Roz Kidman Cox, hailed the image as a technical feat. “It’s partly the setting, taken during a full moon, but also the timing of it, knowing when to take the picture,” Cox said in a statement, the BBC reported.

Camouflage grouper spawn during July’s full moon, drawing in an estimated 20,000 fish for the mass mating event — with hungry reef sharks in tow.

Marine activist Laurent and his team spent five years in the lagoon, enduring “3,000 hours of diving, to get this particular moment,” he said.

As overfishing threatens the species, Laurent’s photo is a “symbol” of the groupers’ struggle to survive, he said. “I’m attached to this picture because of the shape of the cloud of eggs: it looks like an upside-down question mark.”

Laurent described the lauded photograph in dramatic fashion on his Instagram page.

He mused, “The dark waters of the night soon become milky white. The groupers abandon their fertilized eggs in the strong stream of the channel. The cloud of eggs will scatter in the open ocean far from the reef and its plankton predators.”

How to Watch the Oscars Tonight: Start Time, Streaming, Nominations and More