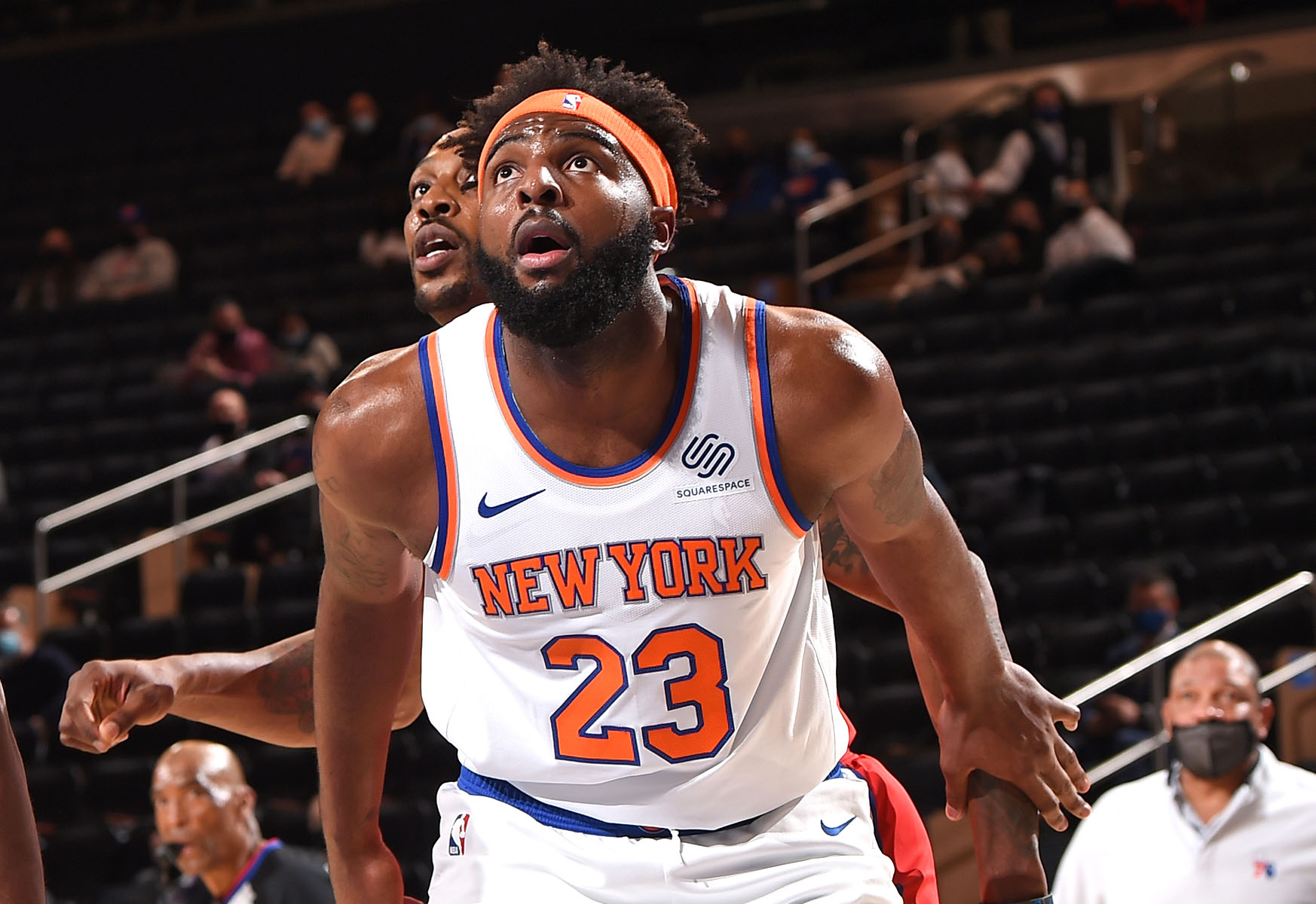 Mitchell Robinson was playing his fourth game back from a broken hand Saturday night. Now the Knicks center figures to be out for the foreseeable with another broken body part.

Robinson suffered a fracture in his right foot midway through the first quarter against the Bucks in Milwaukee after coming down awkwardly from a jump and eventually hobbling off the floor. He will be re-evaluated Sunday back in New York, the team said.

The 22-year-old Robinson had recently missed 15 games with a broken hand.

The Knicks already were without All-Star forward Julius Randle (contused right thigh). They still have Nerlens Noel and Taj Gibson as backup centers.

The Lakers have emerged as frontrunners for Drummond, according to ESPN.

Thunder to make Al Horford inactive for rest of season

Thunder to make Al Horford inactive for rest of season

‘Superman & Lois’ star Tyler Hoechlin on how he’s like Superman