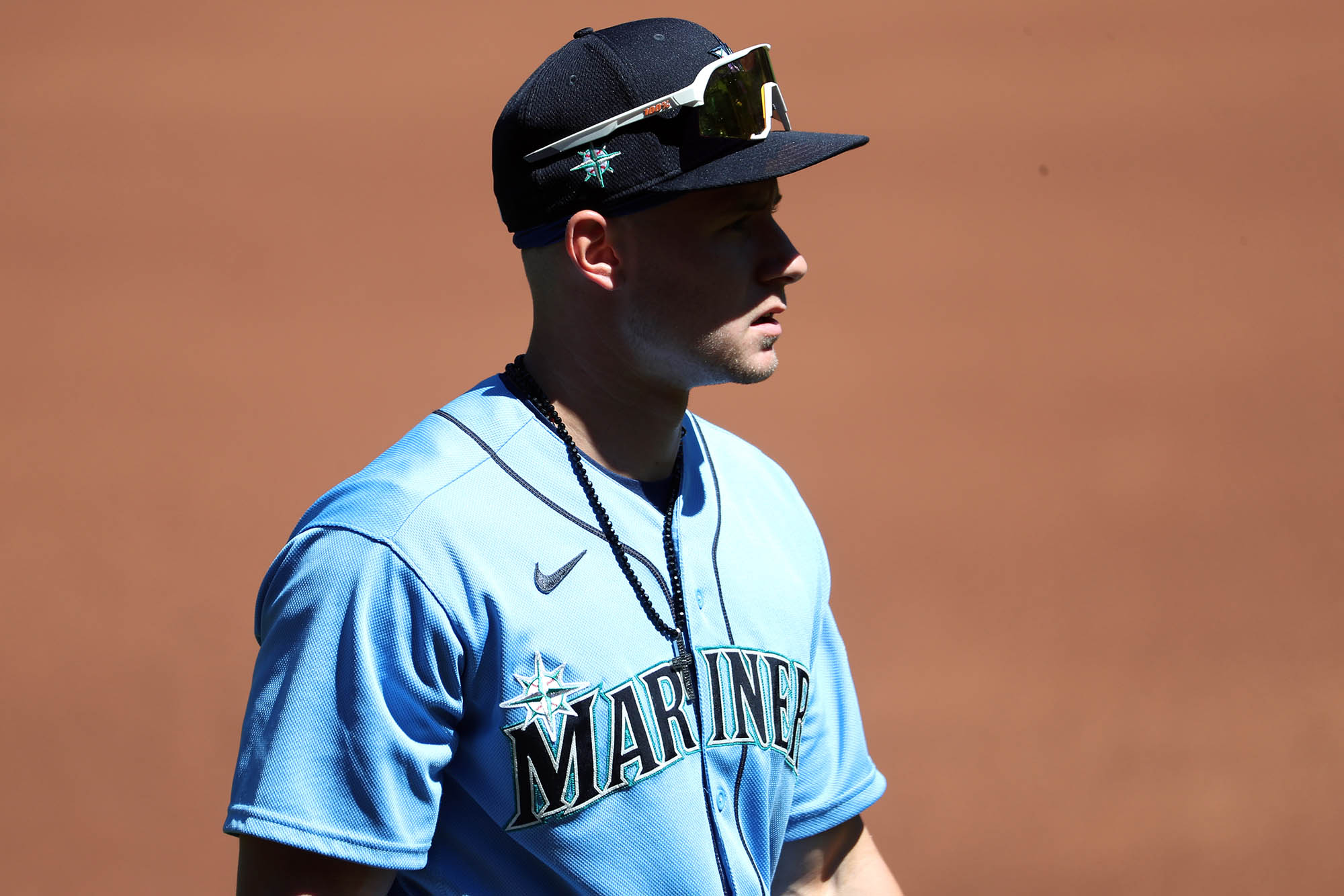 Mariners president and CEO Kevin Mather made some insensitive comments about a former and current Mariners player that created national headlines, but he also made curious comments about former Mets prospect Jarred Kelenic.

During a Zoom call earlier this month with the Bellevue Breakfast Rotary Club that was uploaded to YouTube but has since been deleted, Mather said the team offered the outfielder a six-year contract extension that he declined, and admitted the franchise hasn’t called him up yet because it wants to delay his service time clock.

“Jarred Kelenic, we’ve been talking about him for a year and a half now, he will be in left field in April,” Mather said. “He’s a 21-year-old player who is quite confident. We offered him a long-term deal — a six-year deal for substantial money with options to go farther. After pondering it for several days and talking to the union, he has turned us down.

“In his words, he’s going to bet on himself. He thinks after six years he’s going to be such a star player that the seventh, eighth, ninth-year options will be undervalued. He might be right. We offered, and he turned us down.”

The Mariners infamously landed Kelenic two years ago from the Mets for Robinson Cano and Edwin Diaz, a trade that still stings the Queens franchise. Kelenic is considered one of the best prospects in all of baseball.

“He’s a very good player, and quite frankly we think he’s going to be a superstar,” Mather said. “We would like him to get a few more at-bats in the minor leagues, probably Triple-A Tacoma for a month. Then he will likely be in left field at T-Mobile Park for the next six or seven years, and then he’ll be a free agent.

“He won’t commit beyond his free-agent years. I wouldn’t say he’s unhappy. He appreciates the offer, he just refused to sign it. He thinks he’s going to be that good. And he thinks he will be a very well-paid player after six years, and I think he might be right. Hopefully it’s with us, but we’ll see where we end up.”

James Harden could be in for hostile return to Rockets