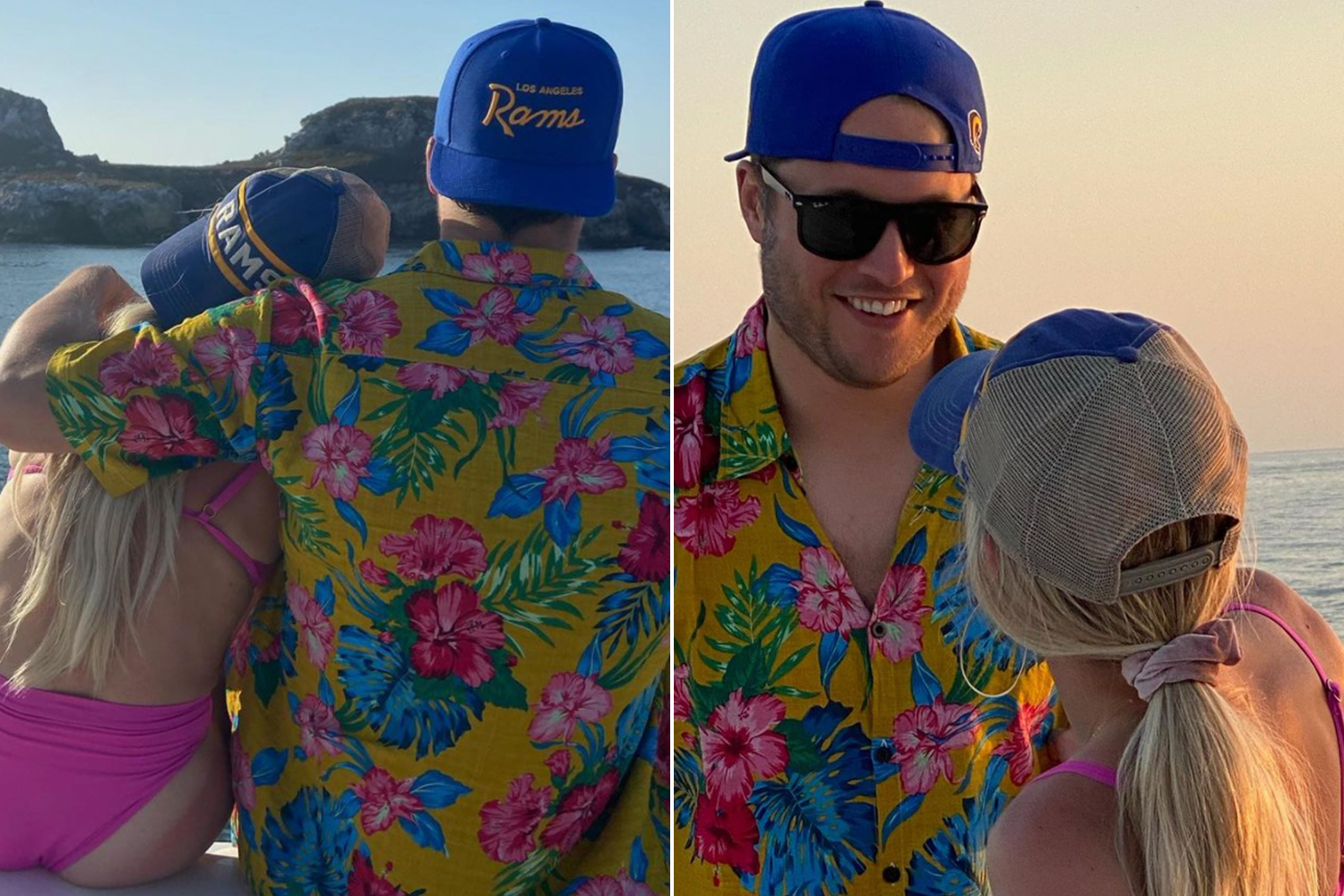 Matthew and Kelly Stafford are ready for their next “crazy adventure” together.

On Sunday, the wife of the Los Angeles Rams quarterback shared a handful of scenic shots of the couple as they continue to enjoy what has been an exciting offseason.

In the photos, Kelly is seen wearing a Rams baseball cap and a pink bikini as she sits beside Stafford, 33, who is also sporting Rams gear and a Hawaiian shirt.

In January, the Detroit Lions sent Stafford to the Rams for Los Angeles quarterback Jared Goff, two future first-round picks and a third-round pick. Stafford had been the Lions quarterback since 2009.

Kelly, who has been married to Stafford since 2015, celebrated the news by sharing a photo of the quarterback in a Rams uniform.

“Pretty excited about all the Cali sunsets in our future,” she wrote at the time.

The Staffords also celebrated the new NFL union in Mexico with Rams coach Sean McVay and his fiancée Veronika Khomyn.

Last month, the Staffords — who have four daughters — pledged $1 million towards the development of an education center in Detroit.

“It has been our goal to always give back to the city. Detroit and its people have blessed us in so many ways, we only hope you have felt our gratitude through our joy of giving back to the city,” Kelly wrote on Instagram in February.

“The new building will enable the Center to increase its student population who benefit from the center’s academic, athletic and arts programs, and service adults with job training programs, GED classes, and community events. This is the legacy we want to leave behind,” she continued.