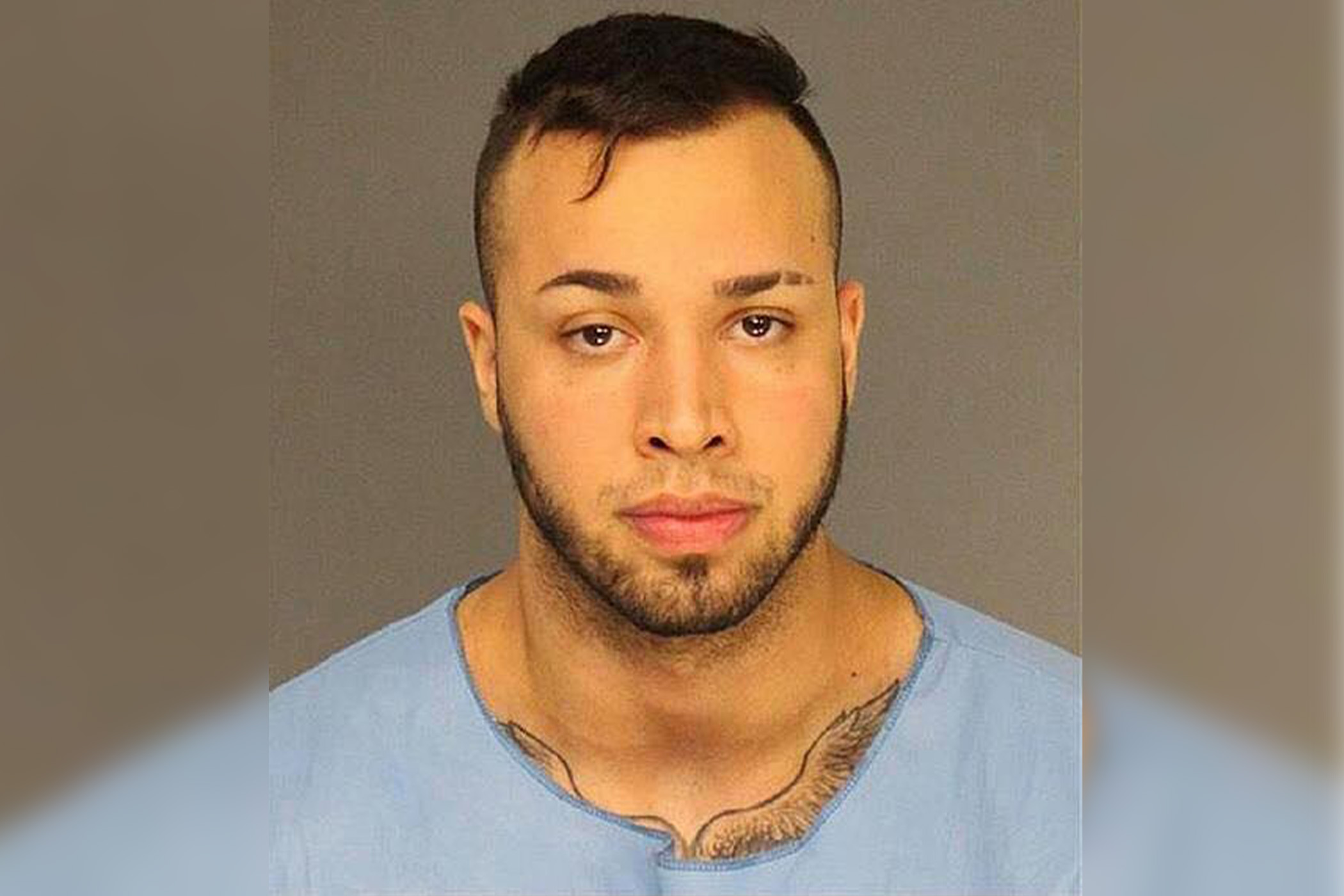 A New Jersey corrections officer gunned down his older girlfriend and her female buddy — saying he killed them because he was mad his gal pal wasn’t returning his calls, court documents allege.

“I killed both of them — just arrest me, bro,” suspect John P. Menendez, 23, told cops, according to court papers.

Menendez — a Hudson County corrections officer from West New York, NJ — was charged this week with two counts of murder and weapons offenses in the slayings of his 40-year-old girlfriend, Anna Shpilberg, and Luiza Shinkarevskaya, also 40, Essex County prosecutors said.

Cops responding to reports of a shooting near Newark Liberty International Airport on Tuesday first found Shinkarevskaya dead from a bullet to her head on a sidewalk at a Jiffy’s parking lot, authorities said.

A 9mm Glock pistol registered to Menendez was found at the scene, officials said.

A short time later, a bloodied Menendez allegedly approached a Newark, NJ, cop and confessed to killing both women.

The women previously lived in Brooklyn, and Shpilberg was a dental hygenist who worked on Staten Island, NJ.com reported.

Menendez said he shot his girlfriend, Shpilberg, because he was angry she had been ignoring his calls after going on vacation with Shinkarevskaya, authorities said.

“This is crazy, I can’t believe I did this,” the suspect allegedly told the officer.

He then directed the cop to Shpilberg’s nearby Mercedes-Benz C300, where she was found dead in the passenger seat with a gunshot wound to the head, around Newark Penn Station, authorities said.

Menendez later told police in a recorded statement that both women were returning from a vacation and that Shpilberg had been ignoring his calls, according to the affidavit.

“He said he lost it and killed them,” an officer wrote.

A witness told police the women were arriving on a flight at the airport Tuesday and that Menendez was scheduled to pick them up, court documents show.

“[The witness] said Menendez was upset about his girlfriend going on vacation,” the affidavit reads.

Shpilberg lived in Randolph and Shinkarevskaya in Riverdale, Morris County. They came to the US as children from their native Ukraine, friends told NJ.com.

Shpilberg is survived by a son.

Her former fiancé, Fabian Goni, told NJ.com that Menendez regularly demanded she “report to him” on her whereabouts.

“He wanted texts and videos as proof of where she was,” Goni said.

It was unclear if he has a lawyer.

~!~!!would have~!! had to greenlight the effort to seek the reporters’ information.