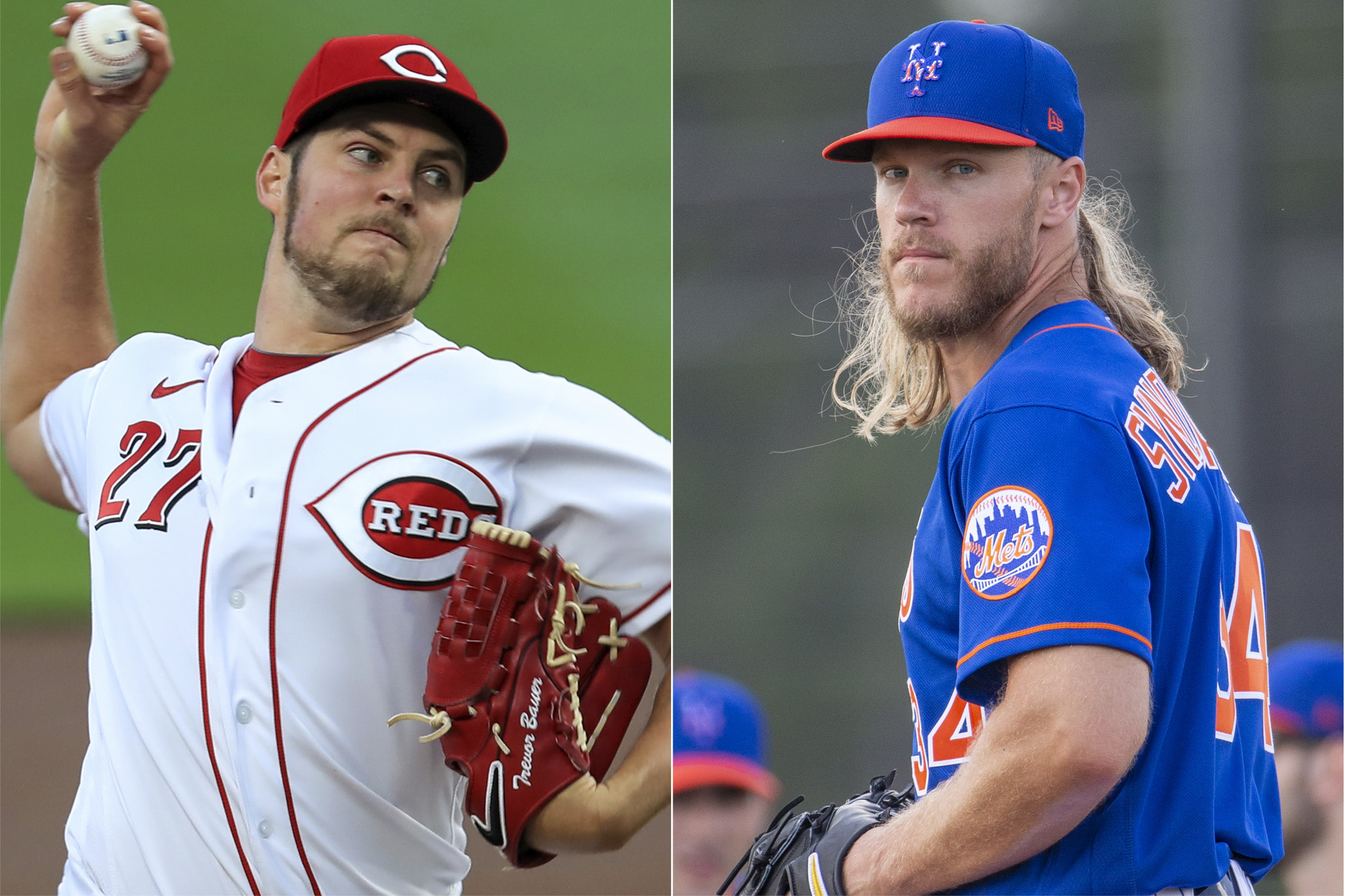 A friendly jab thrown by Noah Syndergaard at Trevor Bauer for how he picked the Dodgers over the Mets in free agency turned into a full on social media spat between the two pitchers.

Syndergaard, who is recovering from Tommy John surgery, retweeted a post from the Mets’ official Twitter account Friday to take a shot at Bauer, who signed a three-year, $102 million contract with the Dodgers earlier this month. In retweeting the original post, photos of himself and Rob Gsellman laughing at spring training, Syndergaard wrote: “And then he said…… “I’m sorry I chose another team but I’ll donate to your charities!” ”

It was a reference to Bauer apologizing to Mets fans for unintentionally trolling them thanks to a glitch that led to the advertisement of autographed Mets merchandise on his personal website hours before he spurned the franchise. He also agreed to donate $10,000 to four New York-based charities.

Syndergaard’s dig did not sit well with Bauer and his camp. The Cy Young winner’s agent, Rachel Luba replied to Syndergaard’s post by tweeting: “Lol was this an attempt at “throwing shade” … (puzzled face emoji).”

“When mistakes are made, you try to make them right,” he wrote. “I know you wouldn’t know anything about making mistakes though. Hope rehab is treating you well. Was good to see you back throwing.”

He didn’t stop there.

Bauer, who isn’t free of controversy interacting with fans on social media, posted screenshots of aggressive replies Syndergaard wrote on an Instagram video of him pitching shirtless last week.

In them, the 28-year-old righty responded to a fan questioning him posting shirtless images a year after doing so last spring before he needed surgery and missing all of 2020. Syndergaard concluded his response by writing, “it’s humid in Florida and I’m chillin you dumbass.” In another, after a fan wrote he should put a shirt on “u toolbag,” Syndergaard brought the person’s wife in the conversation.

“show it to your wife,” he wrote. “Guaranteed she wouldn’t want to me to put a shirt on… you might actually get laid bc of that but she’ll be thinking of me.”

Bauer, 30, wrote Syndergaard should “treat the fans better” and that there “is no place for personal insults, especially about someone’s wife.”

The former Reds and Indians pitcher has been far from a social media saint. In 2019, he harassed a female college student on Twitter after she called him her “least favorite person in sports.” Bauer responded by writing “Welcome to the fan club” and tweeted at least 17 times, either directly at the women or others regarding the argument over three days. Those posts included a photo he found from her timeline of her drinking before she turned the legal age of 21. Bauer later apologized and vowed to “wield the responsibility of my public platform more responsibly in the future.”

Syndergaard responded to Bauer’s posting of his Instagram exchanges on Friday by writing “keep digging” along with a GIF of someone digging a hole. Bauer’s response was: “See you at the bottom.” Thor then told him to “bring a drone and your mixtape and it’s a deal. #takeajokebro” — in reference to past Bauer controversies. Bauer wrote: “You’ve got yourself a date (handshake emoji).”

At least one of Syndergaard’s teammates found the whole exchange amusing.

“Twitter is all jokes honestly. Lol (shrugging emoji),” responded pitcher Marcus Stroman on Twitter along with a GIF of a man flying a drone.

The Mets and Syndergaard won’t get their first look at Bauer and the Dodgers until and August, starting with a three-game series at Citi Field.

Why Putin meddles with athletes like Rangers star Artemi Panarin