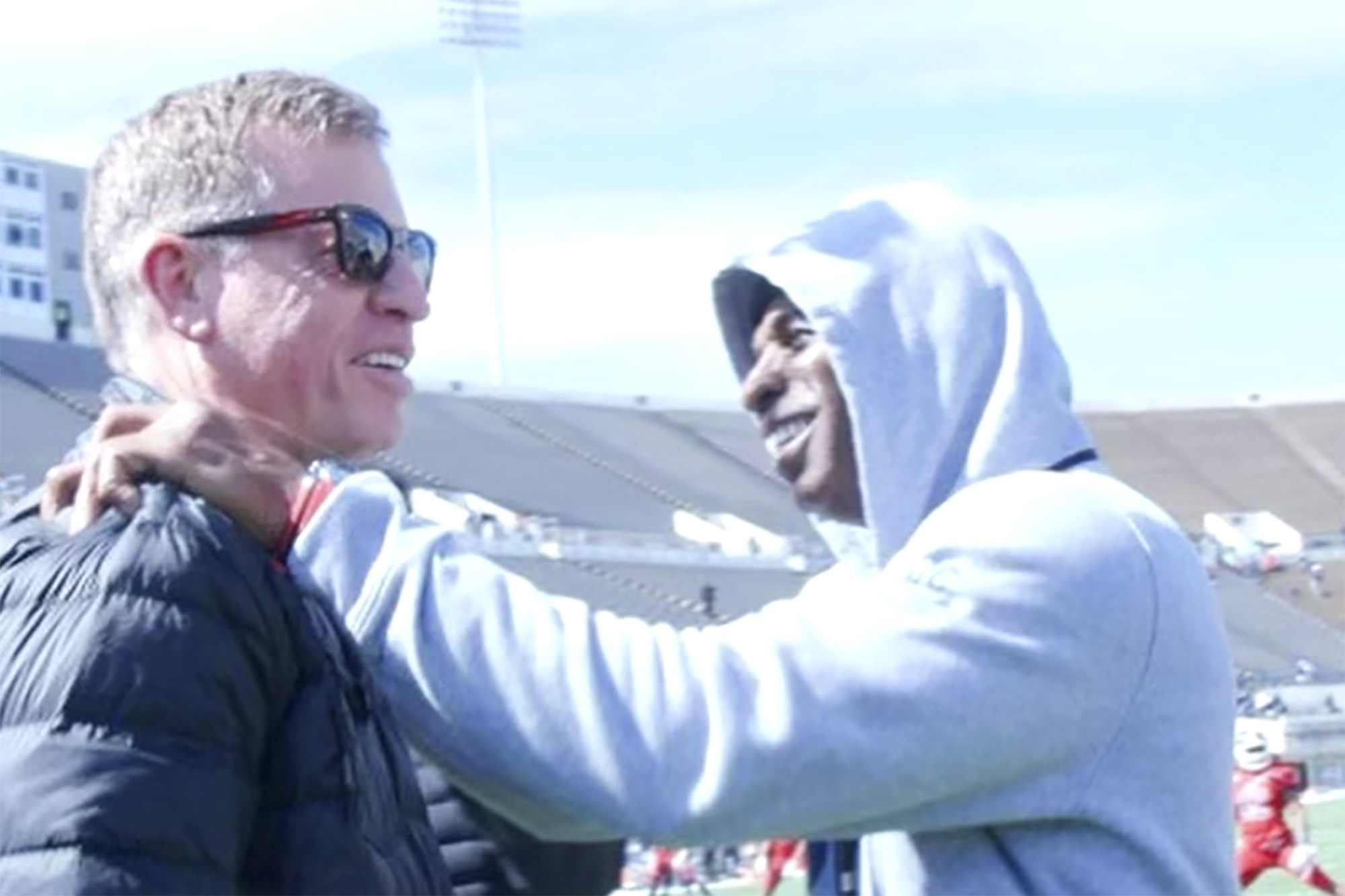 Having his belongings stolen was not the only surprise Deion Sanders got during his coaching debut at Jackson State. The other one was far more welcome, though.

Former Cowboys teammate Troy Aikman came to Mississippi to support Sanders as his former teammate rolled to a 53-0 win over Edward Waters College.

“My man @troyaikman showed up to Veterans Memorial Stadium to watch some @gojsutigersfb today and brought me to tears that he would come to support me and my dream after a difficult week regarding weather in Texas & Mississippi. #TheeiloveJsu,” Sanders wrote on Instagram, alongside a photo of the two on the field.

“I’m pissed off right now,” Sanders said. “While the game was going on, somebody came in and stole every darn thing I had in [the coach’s office].”

There was some confusion that followed, as the school quickly put out a statement claiming the items were “misplaced,” which Sanders denied on Twitter.

Sanders and Aikman were teammates on the Cowboys from 1995 to 1999. Aikman, Fox’s top football analyst. has recently expressed an interest in becoming an NFL general manager.

Sanders has drawn plenty of attention since taking over FCS program in Mississippi, including landing several significant recruits and holding a lavish introductory press conference.

Florida vs. Kentucky line, prediction: Take the Over