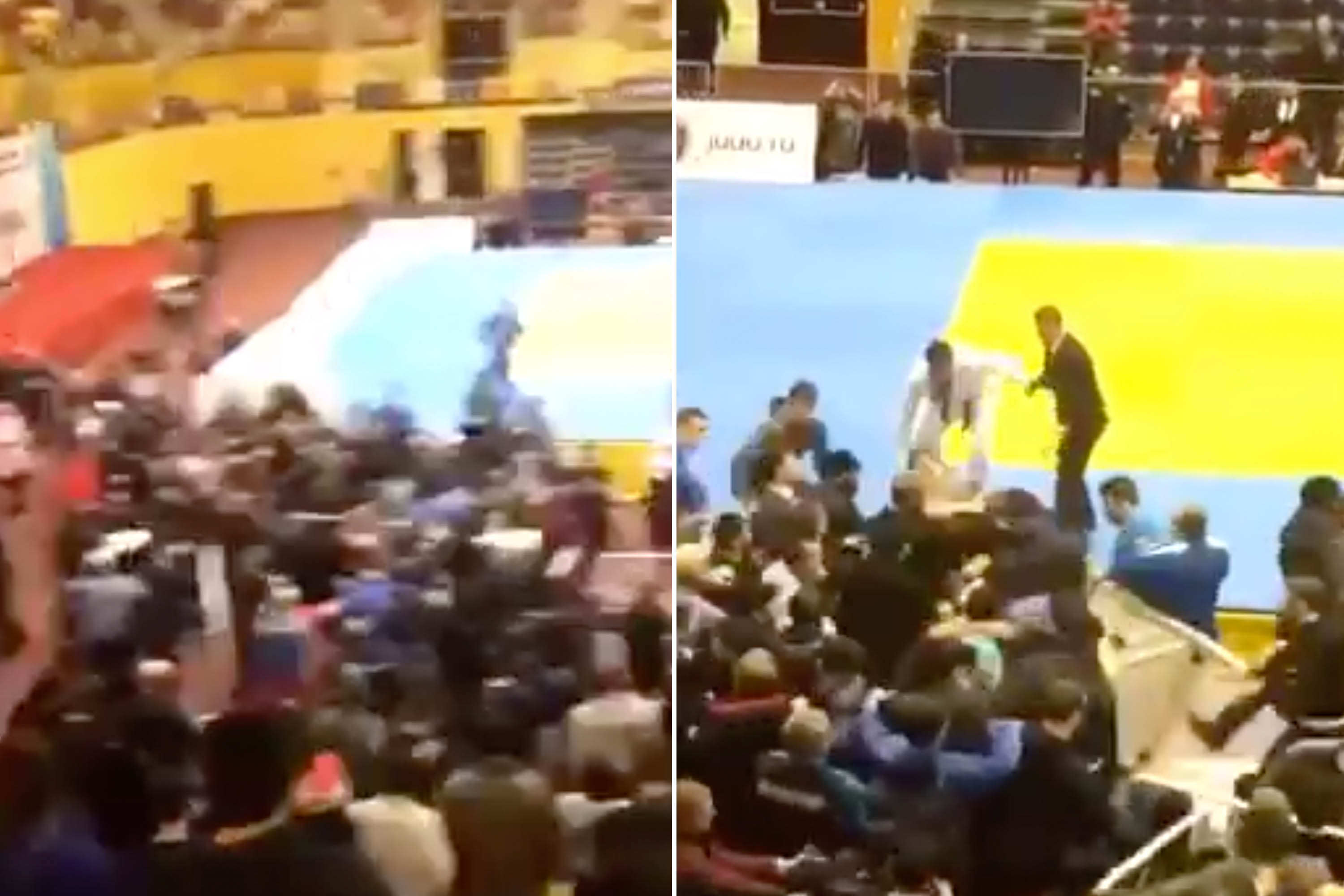 A junior judo event was ruined after an outrageous brawl broke out, with fans and even competitors exchanging blows.

The incredible carnage unfolded during a kids tournament in Dagestan – homeland of UFC legend Khabib Nurmagomedov – on Saturday.

Khabib Magomedov, one of the judo trainers and eyewitness to the brawl, revealed the scrap started in the stands.

The trainer is reported as saying Ossetian fans took exception to a remark from a Dagestani spectator.

The fans quickly came to blows, with more and more supporters dragged into the melee.

Within seconds, the spectators had spilled onto the mats, with the young competitors quickly getting involved, throwing fists and kicking out seemingly at anyone who got in their way.

According to reports in Russia, Magemodov said: “It all started when the athletes wrestled for more than ten minutes.

“One of the Dagestani spectators either shouted, or waved his hand, or shouted ‘Hurray!’

“A fight began which the athletes were dragged into, as an eyewitnesses explained to me.”

Magemodov continued by saying none of the children will receive medals, thanks to the appalling scenes.

He even suggested both the athletes and coaches could face a ban.

Magemodov added: “In the end, no one will receive medals.

“On the contrary, maybe after that we’ll lose both athletes and coaches to disqualification.”

Demand for Hermes bags is booming despite the pandemic

Merrick Garland Says, ‘I’ll Do My Best’ as Attorney General